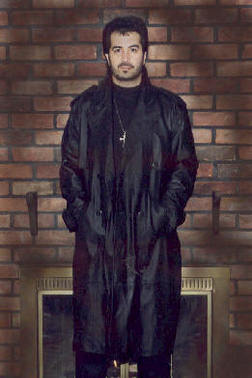 The 90s was a rather mundane period for heavy metal and music alone, whereby many power and groove metal bands flourished. This process evidently caused many artists to be lost within the shadows of this time.  Nevertheless, we still find many releases from the 90s that still surprise me, in terms of creativity and songwriting, to this very day, but no other release has left such an impact than the one and only Lordian Guard.Lordian Guard was a classically-oriented project led by the great Bill Tsamis, who happens to be virtuosic backbone of one of the greatest and most influential bands of the 80s, Warlord.  What Mr. Tsamis brought forth to Warlord's repertoire was something I've never heard before, as he combined the very essence of traditional heavy metal with his love for classical/Byzantine-era music, as reflected through the apocalyptic and epic themed lyrics and guitar riffs that still echo loudly and proudly in the underground heavy metal scene.

With Lordian Guard, on the other hand, Tsamis emphasizes more on the "epic" portion, if you may, of his style of playing, as he utilizes keyboards for this release to capture the harmonious energy of each song's unique structure, which just fits beautifully along with the other instruments.  The only flaw I actually have for this album is the bizarre computer-programmed drums, but thankfully it does not hinder the experience of this beloved gem.  Another interesting fact about this release is that Tsamis' wife, Vidonne, took on the lead vocal role, where her voice accentuates the mythological and fantastical atmosphere of the orchestration; a very interesting touch to the overall medieval theme.  It is rare for me to say this, but every song on this release is just an absolute masterpiece; Tsamis' creative understanding of classical music and his masterful talent shape each piece in their own unique way, making the experience far more magical.  I must thank the great Bill Tsamis for producing such mind-blowing and breathtaking songs and there is no doubt that he is, in my honest opinion, the most underrated guitarist to have ever walked the face of the heavy metal scene, and surely the most gifted.  Hail Warlord, Hail Lordian Guard, Hail Bill Tsamis! 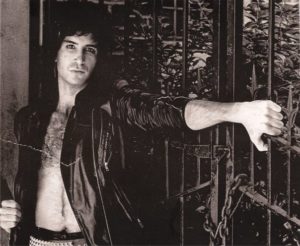 Lineup
Bill Tsamis: All instruments
Vidonne Riemenshneider: Vocals
Michael Cerularius (Computerized): Drums
By browsing this site you accept cookies used to give you a better experience and to analyze traffic. LEARN MORE.