Half of these tracks would later be found on Grim Reaper's debut album "See You in Hell".  Frankly, I was never really a fan of the production quality on that record; it all seemed too stale.  Thankfully, this demo does those very songs (and then some) the justice it deserves.  The definitive version of "See You in Hell" is right here folks! 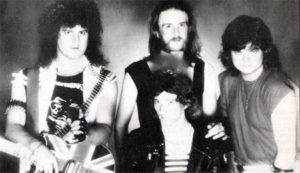