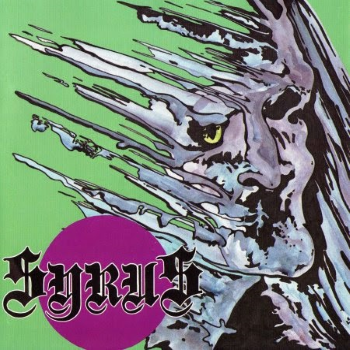 Buried within the depths of the 80s Swedish heavy metal scene comes one of the movement’s most memorable bands.  The short-lived melodic powerhouse Syrus released only one record to their name, forever cementing their indefinite cult status among heavy metal aficionados.

Interestingly enough, at the time of recording the “Fortune and Fame” EP, Syrus scrapped the already recorded b-side track in favor of the ballad “The Golden Void”; a decision that was most likely carried out by the band’s desire to attract a more mainstream audience.  As luck would have it, the “lost” b-side track resurfaced after 23 long years.  That very track was entitled “Noble Knight”, which completely blew me away the first time I gave it a listen.  The melodic leads, the haunting vocals, the raw production…these are musical qualities that deliver an unforgettable experience.  Easily among the greatest songs of the 80s Swedish movement!