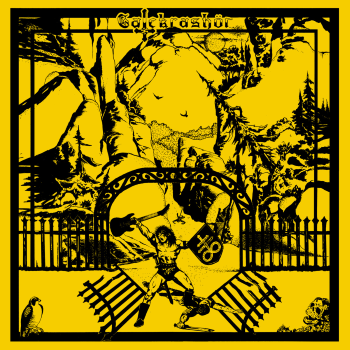 Band: Gatekrashör
Release: Gatekrashör (Full-Length)
Genre: Speed Metal
Country: Canada
Year: 2014
Label: War on Music/Hard and Heavy Records
Facebook
Review
Canadian gritty speed metallers Gatekrashör are back again to attack us with their brand new debut full-length album, which follows up on the success of the “Fear of Attack” EP released back in 2012.  If you dudes haven’t been introduced to Gatekrashör yet (it’s a damn crime if you haven’t), well expect nothing but an abundance of aggressive speed metal at blistering speeds; just enough to get that neck of yours nice and stiff after a vigorous Gatekrashör session.Led by the charismatic banzai warrior himself, vocalist Dan Neild isn’t afraid to unleash his inner “King Diamond” through high-pitched screams, which only adds to the already-established eeriness of the band’s repertoire.  Tracks like “Force of the Blade”, “Irons Victim” and “Spit on the Cross” all showcase Neild’s gut-wrenching vocals that perfectly complement the always-shifting guitar riffs.  Speaking of which, there’s a whole lot of memorable riffs to indulge yourselves in throughout the album, my favorites being the crushing intro to “Gamblers on the Highway”, the energetic melody present throughout “Blood Money” and the roaring solo on “Heavy Metal Rangers”.  Now that I think of it, you really can’t go wrong with any of the tracks featured on the album, that is if you enjoy your music loud, fast and abrasive like myself.Going into more detail about the consistency of the record, “Gatekrashör” in its entirety is extremely straightforward, whereby the song structure for each track seems to follow a certain similar pattern more or less.  Now this might come off as negative at first, but, I assure you, this album has enough hooks and tasty riffs in it to keep you strapped in and begging for more.  I mean at the end of the day, “Gatekrashör” is meant to evoke the thrashing wildness of its listeners and it sure as hell succeeds in doing so.  So go on and grab a few beers and a few buddies, because this album will surely help you feel the mighty force of Gatekrashör!Hail and support the heavy metal rangers!
Rating: 85% 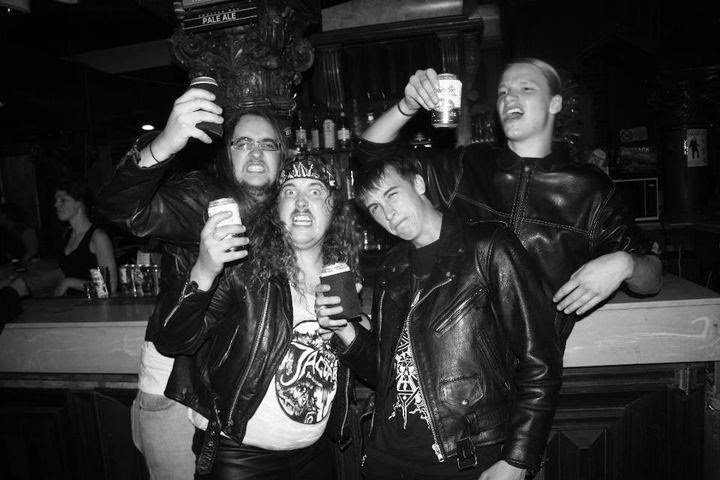