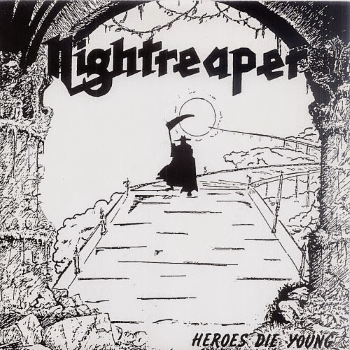 Band: Nightreaper
Release: Heroes Die Young (Single)
Genre: Traditional Heavy Metal
Country: France
Year: 1988
Label: Self-Released
Note
One of the more obscure French metal releases I’ve ever come across.  This single was Nightreaper‘s first release, which preceded two other demos in 1992 and 1993.  Sure enough, after giving “Heroes Die Young” a listen, it’s highest points occur through the melody of the guitar solos, and is exactly what makes me come back for more. 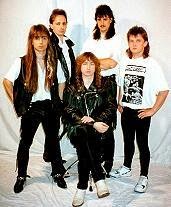