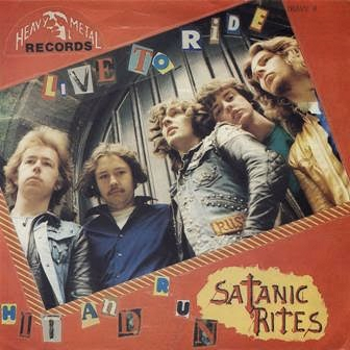 The very first single by UK legends Satanic Rites, recorded and released before they acquired Deborah Webster as lead vocalist.  The b-side “Hit and Run” is the sure winner here, as it features one hell of a tasty riff and a chorus that absolutely compels you to chant along, making it one of the most memorable anthems of the NWOBHM era.