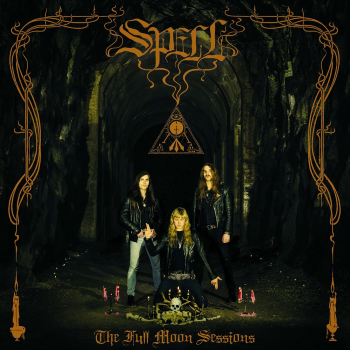 The Canadian heavy metal assault is still very much alive and well, and even more so with the addition of Vancouver’s own Spell and their very first full-length album entitled “The Full Moon Sessions”.  The band has actually been around for a bit of time, having formed in 2007, where they were known as Stryker up until their recent name change to Spell in 2013.  With their very first full-length album released on the great Hard and Heavy Records label, Spell have finally garnered the attention they so rightfully deserved.

As a whole, Spell brings so much more to the table than just your ordinary traditional heavy metal band.  A large part of the band’s overall sound is cultivated on dark and mystical elements, and that’s exactly the mood I felt when experiencing the entirety of this fabulous record.  There are also times where I get these psychedelic vibes as a result of the guitar effects used, which I totally dig. Take the very first tracks, “Never Enough/Sisters of the Moon”, for example: I love the way they utilize the chorus flanger effect so much so that it sets the tone for the whole musical experience. If you would like to compare Spell with another well-known band, I would have to go and say that they are a more psychedelic version of Canada’s own Cauldron.  The reasons are quite clear when you take both bands side by side:  they are both one of the darkest and heaviest metal bands within the recent Canadian traditional heavy metal scene, whose songs are definitely known for being very “in-your-face”.

Spell dub their style of playing as “hypnotizing” heavy metal, and after a thorough listen of “The Full Moon Sessions”, you can immediately get an idea as to how hypnotizing they really are.  I mean they practically put me in a trance when “Electric Witchery” first came on, not to mention the energy behind the overly melancholic “Never Enough/Sisters of the Moon”; some serious witchcraft shit is going on man.  By the way, those two aforementioned tracks are absolutely top notch, as they are able to perfectly capture that “doom” atmosphere we all know and love.  One of my favourite moments on this record is the chorus for “Possessed By Heavy Metal”…man, can Cam Mayhem scream like a total banshee!

Do yourselves a huge favor and pick up “The Full Moon Sessions” as soon as you can.  Spell have definitely impressed me and I expect nothing but great things from them here on out.  Get your cauldrons bubbling and your chalices handy because Spell is here to cast a spell on you! (that was a terrible pun, I’m sorry) But in all seriousness, do what you can to support the hell out of these guys… they deserve every last bit of it!

Highlights: “Never Enough/Sisters of the Moon”, “Electric Witchery” and “Possessed By Heavy Metal” 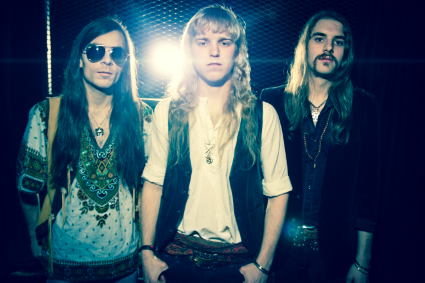