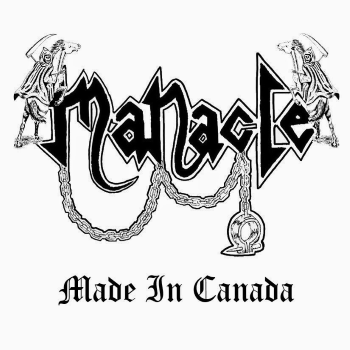 Well, Canada, you just know how to do heavy metal right, don’t you?  Hailing from Toronto, the same city that brought us Skull Fist, Midnight Malice and Axxion among others, the newly formed MANACLE is the conglomeration of three dudes driven by the sheer force of raw and classic heavy metal.  And I must emphasize the term “raw” here… you’ll be blown away by the utter brutality of the production quality; regardless if this was deliberate or a result of a lack of funds, the production here is meant to deliver a more atmospheric feel to the music…and I sure as hell love it.  I just wish the vocals were accentuated a bit more, but then again, I have to keep reminding myself that this is indeed a demo.  You can’t always have everything arranged for you when you’re working with a tape recorder.

Led by Inti Paredes of Axxion and Hard and Heavy Records fame, their very first release gives us only but the slightest taste of what Manacle have in store for us in the near future.  I mean for a young group of  lads who have yet to finalize their lineup, the potential is certainly there.  Once these dudes find a singer that can hit the high notes like it’s nothing, Manacle will easily become one of the frontrunners of the Canadian heavy metal movement…that’s how much potential I see in these guys.  For the record, this is not meant to criticize Inti’s vocals on the demo in any way; I actually kinda dig the harsh tone he brings to the table.  However, for the style of heavy metal that Manacle is playing, a scorching vocalist is essential.  Other than that, no other arrangements should be made, as you can clearly tell how in tune these guys are with each other, and man do they know how to play their respective instruments.  Amar plays one hell of a bass…could it be because he looks exactly like Phil Lynott? Inti, as expected, is an excellent guitarist, and would love to see him focus on the guitar instead of having to sing at the same time.  Finally, Matt is able to keep the whole band in check with his accurate drumming.

All in all, I expect nothing but good things to arise for Manacle in the near future.  In the meantime, do what you can to support the hell out of them; I believe you can still purchase their demo, you can try contacting them on their Facebook page, or write them an email at: manacleheavymetal@gmail.com 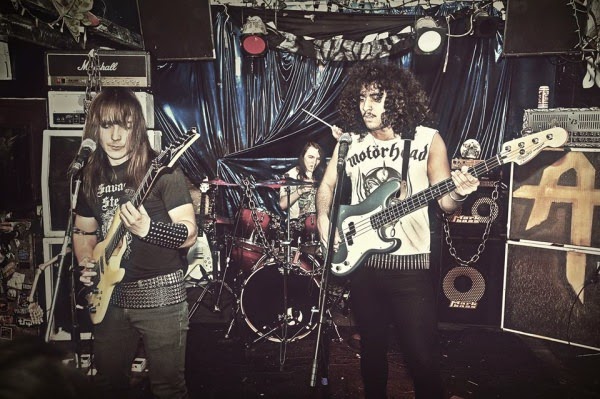