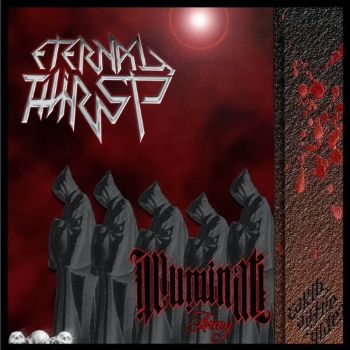 I was recently contacted by the bass guitarist of Eternal Thirst, Hugo Alvarez, with the hopes of possibly adding his band’s material onto the blog.  Now I normally don’t accept such offers, mainly because I am usually contacted by bands that I don’t simply like enough to reveal to the metal community.  Nevertheless, I have always known that the right band, with the right sound would finally come around; and that, my friends, is Eternal Thirst.

Hailing from way down south in Chile, Eternal Thirst play a raw and abrasive mixture of 80s style German heavy/power metal.  The reason I say that is quite obvious when you first get a crack at the amazing opener for the single, entitled “Illuminati Army”, which features a similar riff structure to Running Wild’s “Port Royal”; a clear musical influence is immediately established.  What I like most about their music is the vocalist Ivan Peña, who helps give off a more “epic” approach to Eternal Thirst‘s music, as his singing style is very much similar to a combination of Mark Shelton of Manilla Road and Lars Ramcke of Stormwarrior.  Sure enough, this single is just a taste of what is yet to come, as Eternal Thirst‘s first full-length album entitled “Beyond the Shadows of Hell” is scheduled to be released in May of 2014!  Overall, “Illuminati Army” is a solid breakthrough record with obvious, but minor flaws that upholds many of the year’s great metal releases.  Support the hell out of these dudes! 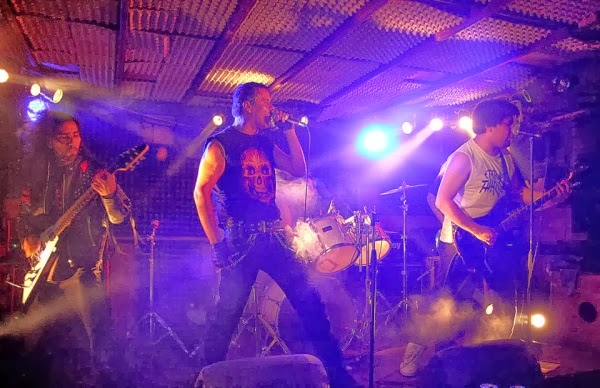