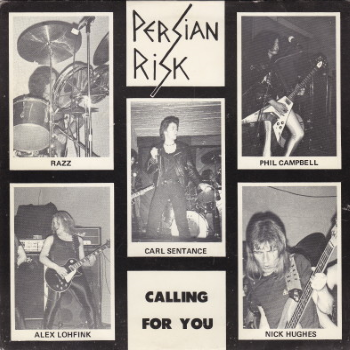 One of the better known bands from the glorious NWOBHM scene, Persian Risk‘s first ever release is nothing short of a pure gem, and is often overlooked by fans of the band.  The record features Phil Campbell on guitars, who would later move on to join the mighty Motörhead in 1983; this fact alone surely reinforces the talent and ambition that Persian Risk brewed, alongside Carl Sentance’s vocals that roughly defines the NWOBHM singing style.  Although Persian Risk‘s 1983 single “Ridin’ High” is without a doubt a more polished record overall, “Calling For You” is a highly recommended release no doubt.  Enjoy and Hail! 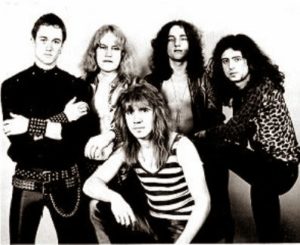