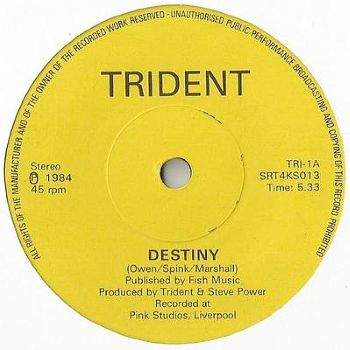 Yet another NWOBHM single for you guys (I know, I’m a tad obsessed with them) featuring Trident, a very short lived band known for their song “Destiny”.  The sheer praise that these guys get just for that one song is incredible, and they completely deserve it, as it is easily one of the greatest tracks of the NWOBHM era.  “Power of the Trident” is a shoot and miss track that doesn’t seem to capture Trident‘s true talent, but hey, “Destiny” completely destroys any sign of negativity on this single.

Highlight: “Destiny”(Highly recommended , one of the best NWOBHM songs!)