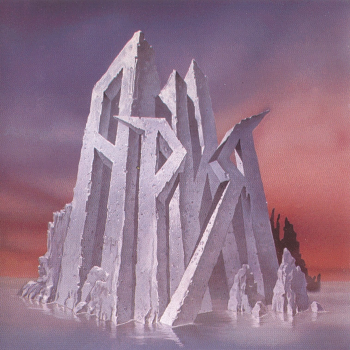 Pioneering Russian metal band Aria with their very first record entitled “Megalomania”.  What I love the most about this band is that they completely disgregarded the need to sing in English in order to gain exposure, as all of the vocals done by Valeriy Kipelov are in Russian.  This adds to the obscurity of the whole songwriting process (if you’re not Russian yourself) and delivers something we have never been exposed to.  Their most famous track on this record, “Torero”, is an absolute masterpiece; a sure anthem for the Russian heavy metal scene.  This along with the overly melancholic “Life For a Song”, as well as the galloping “Tusks of Black Rocks”, provide some of the most enjoyable tracks on this monster of a record.It is no question why Aria is often regarded as the “Iron Maiden” of Russia.  The impact that they have had on the entirety of the Russian heavy metal scene is quite obvious, and almost overwhelming.