220 Volt were one of the earliest heavy metal bands to come out of Sweden and with the release of the “Prisoner of War” single, they have proved themselves worthy for recognition by the underground community.  They were once a very popular band at the time and soon declined after the release of their second album entitled “Mind Over Muscle”, which is simply a great album that you should check out as well. On this very rare single, “Prisoner of War” stands out with its galloping Heavy Load-styled riffing and the “broken english” style of singing of some sort, as seen on many Swedish releases.  And for it being 1982, it is downright heavy, nothing less, nothing more.  The chorus will have you singing along for days on end, I assure you that.  “Sauron” starts off very moody and produces a dark and mysterious vibe in it, as far as the riffing and singing goes.  And then, near the end of the song, it evolves into a Iron Maiden-esque style of playing, for what we can hear in the drumming and the Di’Anno sounding vocal line “Sauron is here”.  Another superb release from Sweden! 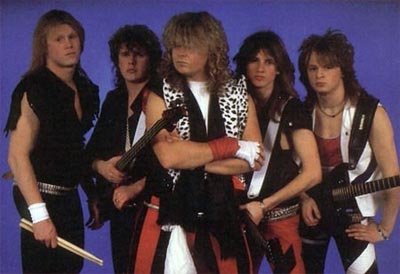