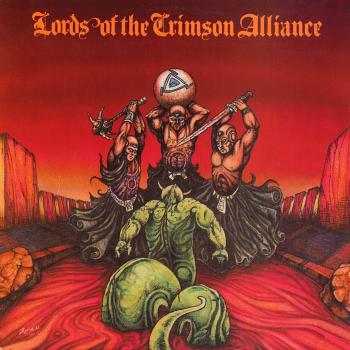 Originality and obscurity tend to go together when speaking about the lost and buried gems of the 80s, which is one of the many reasons why I created this blog.  Here we have, in my opinion, one of the most bizarre, yet fascinating records of all time.  And why is that you may ask?  Well, aside from the band members wanting to remain unknown (they recorded this album under pseudonyms) every song begins with bizarre and almost inaudible narration, which then makes way for crushing riffs to further peak your interest.  The vocals, on the other hand, are absolutely bone-chilling and it’s no surprise if you come out of this one filled with goosebumps.  The overall result is hauntingly magical.

Every song delivers something new to the listener, where none of them leave you hanging, due to the somewhat progressive nature of the songwriting.  My personal favourite track would clearly be “The Sorcerer”, which features a gloomy and sorrow-like organ intro that transforms into one of the most impactful ballads I’ve ever listened to.  Maybe it’s just my personal connections with the song that make it so moving and powerful, but I urge everyone reading to give it a listen, as it is undeniably hard to be disappointed.  If only I can get ahold of the original record…