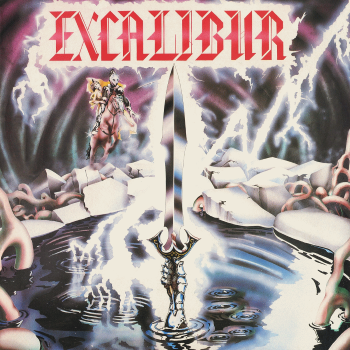 If you ever thought the magic of the NWOBHM was over in the mid 80s due to the increased popularity of the thrash and speed metal scenes around the world, UK legends Excalibur sure have the power to change that thought.  1985 seemed like a year where most NWOBHM bands either made it big (Iron Maiden, Saxon), changed their musical style (Def Leppard), or ceased to exist, as seen by the likes of Virtue, Weapon and Diamond Head to name a few.  Sadly, Excalibur falls into this treacherous pit of poor management and distribution that led them to disband in the beginning of 1990…but not without releasing one of my favorite UK records of all time, “The Bitter End”.

What we get here are six tracks, that all have their own unique drive and energy to it.  I can proudly say that four of these tracks can easily be deemed as overlooked masterpieces of the NWOBHM, which I feel as thogh no true fan of the scene can ever deny.  Simply put, the term “magical” might ring in your heads when listening to “Devil in Disguise”, “The Bitter End”, “Only Time Can Tell” and “Haunted By The Shadows”.  These songs all emanate an ethereal feeling to them, especially throughout the slow progression in their intros that are truly accentuated by lead singer Paul McBride’s mystifying vocals.  Other songs like “I’m Telling You” and “Come On and Rock” are undeniably well-written, but don’t offer that majestic feeling, as they are written like any other same-old heavy metal song and don’t quite catch my attention that much.  Uniqueness is very key for this band and it is no question why this EP is often praised by 80s heavy metallers and collectors. 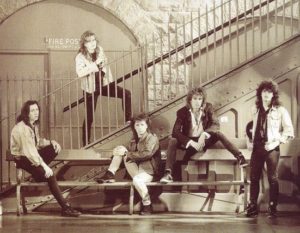