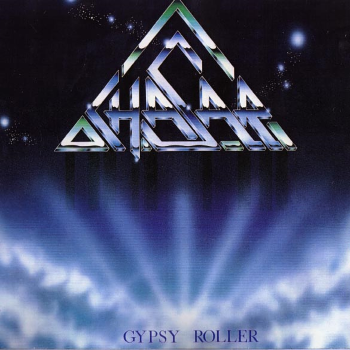 Ah, the greatness of the NWOBHM scene in the early 80s… what a truly extraordinary period, not just for heavy metal, but for music in its entirety.  It gives me chills thinking how a single time in our history easily shaped music forever, especially for the countless bands and musicians who take great influence on this era of total heavy metal conquest.  Most bands played a style similar to Iron Maiden, as heard with the use of lead-oriented harmonies and staccato-based riffs, which were popularized by the works of K.K Downing and Glenn Tipton of Judas Priest, as well as Ritchie Blackmore of Deep Purple and Tony Iommi of Black Sabbath.  Another key influence on these bands were indeed Rush, a Canadian power trio that delivered some of the greatest records of our time.  However, no matter how influential they were, very few bands during this period attempted to imitate their sound and approach on writing music.

This is where Chasar comes in. Hailing from Scotland, Chasar were a power trio like none other.  Their first full-length release got large amounts of praise before disappearing into the shadows like many other bands at the time.  The reason why this album is cherished amongst the band’s cult followers is that it offers a blend between Rush‘s style and the traditional heavy metal sound, all while releasing a certain “mystical” element behind the sound production.   Most of the tracks also include progressive elements to them, as heard on “Visons of Time”, which revolves around a slow and melancholic progression that help exert the overall Rush-like feeling. Along with intricate bass and guitar lines, as well as the use of the chorus/flanger effect, something similar to what Alex Lifeson would use.  Like most albums, all of the songs are not perfect, as a couple tend to be quite lengthy and lose its majestic feel, as felt on  “Underground” or “Destiny”, but are still enjoyable nonetheless.  The true hymns of this album go out to “Visions of Time” and “Kings” and there is no question why they should be regarded as one of the most magical pieces of the NWOBHM scene.  The melodic, arpeggio-driven guitars sound too good to be true.  There is no real way of describing those songs other than “otherworldly”.  Give them a listen, I assure you, if you’ve never believed in love, Chasar will surely give you a reason to love again! 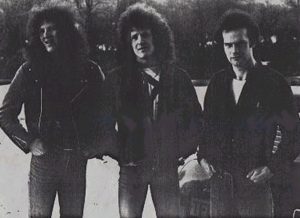